I am in union with the Roman Catholic Church

and under the Primacy of the Pope. I am a Catholic Bishop 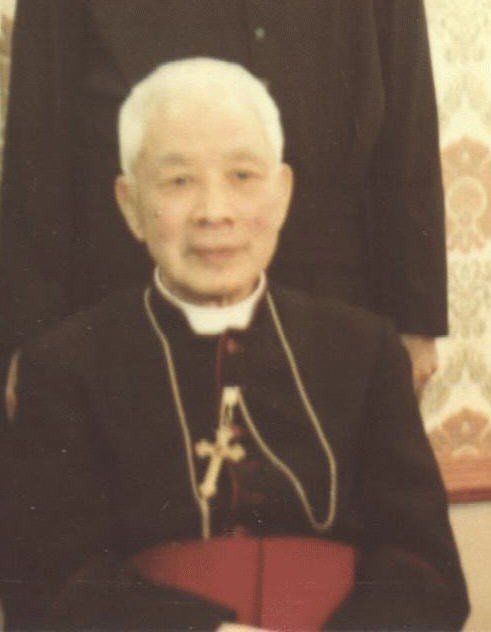 Bishop Ganralph is in the apostolic succession line of 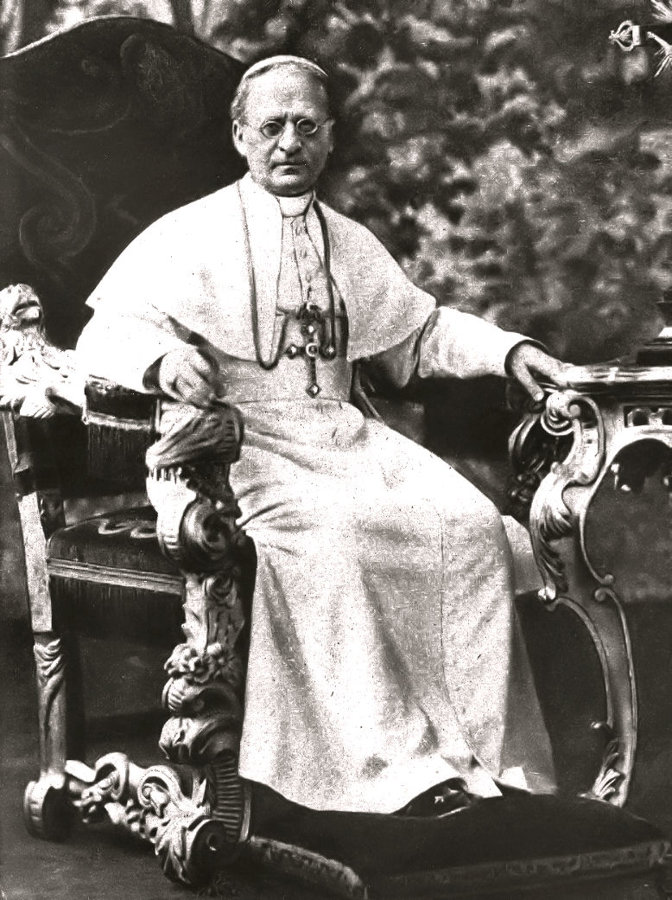 ‘With the fullness of the power of the Apostolic See we appoint Petrus Martinus Ngo Dinh Thuc to our known purpose,  titular bishop of Sesina, as our legate with all necessary powers.
Given in Rome at St Peter,
on 15th March 1938
in the 17th year of our pontificate
Pius PP. XI. 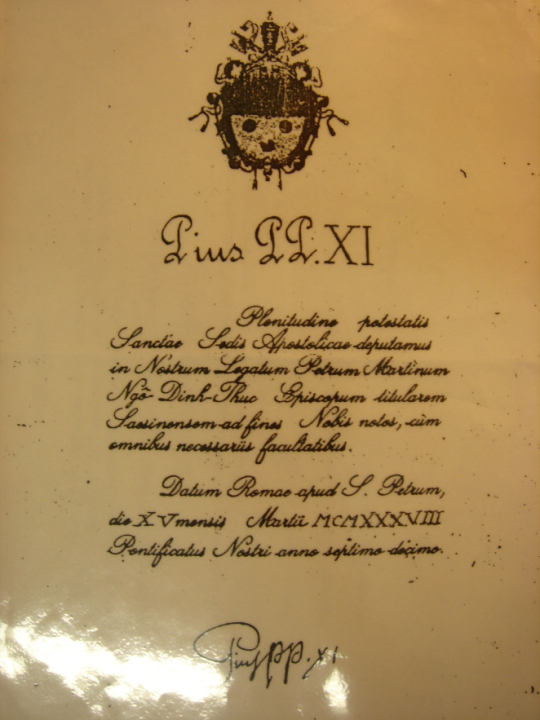 Thuc became legate because the Pope feared to be under attac by Nazi the Communists and the Freemasons and might not be able to fullfill all his duties as Pope. So, he gave  Archbishop Thuc  authority to act as a church leader  (Independent if necessary).

After the Second Vatican Council which was infiltrated by Freemasons, many wrong movements sprand up inside the church. The legate bishop Thuc did fight them and consecrated bishops to save the church, that was exactly what Pope Pius XI had him ordained for and it looks like that Pope Pius XI already had some visions about what would happen in the future and lead by the Holy Spirit he gave Bishop Thuc authority.

Bishop Thuc consecrated (sub-conditione) the Archbishop Marcel Lefebvre the founder of the Society of St. Pius X (because his first consecration was celebrated by Cardinal Lienart who was a freemason and Lefebvre had doubts about the validity). 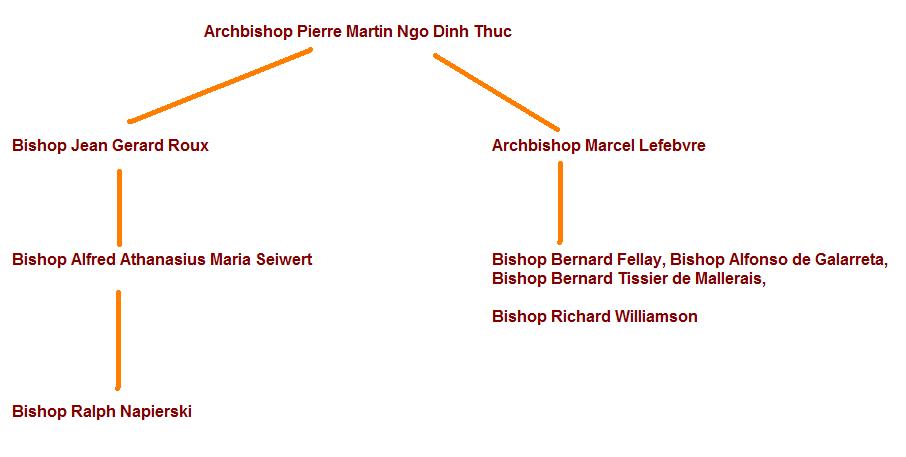 Bishop Thuc and the consecrated Bishops fought the heretics in the church.
Then Bishop Thuc declared Sedevacantism (that the Pope is no longer Pope because he is out of the will of God and working against the church.)
This ofcourse led to a diversion. And Bishop Thuc died a short time after this declaration under mysterious circumstances.

After that, there have been a lot of discussions and meetings to solve the problems and to come back into union again and ofcourse to eleminate the heresy from church.

After many discussions failed something unexpected happened.

We don´t know if this was spontaniously decided by the Pope or planed (or both) but for sure it was a direct intervention by the Holy Spirit.

Here speaks Bishop Athanasius about what happened (intervied by bishop Ralph in German language 1. About celebrating the union with the pope 2. How did it come to this surprisingly union ? 3. About the consecration of Bishop Ralph)

It is very interesting that Pope John Paul II celebrated union by celebrating a Mass together with Bishop Athanasius, without giving any explanations.

This way he did not have to decide ehether there was an existing excommunication or not, if there was one, it was lifted by the communion in Mass, and if not, he did not need to admit it and fight with this others in the church….. so it was an unexpected and pure hearted union.

(Maybe Pope John Paul II did it in a surprising way because it would have caused a lot of oposition if he had pronounced it in advance, since alot of Bishops have been involved with Freemasons and fought the Thuc movement.)

I was consecrated as bishop into this union with the Pope and the Roman Catholic Church.

There were discussions about an incardination with Pope Benedikt XVI 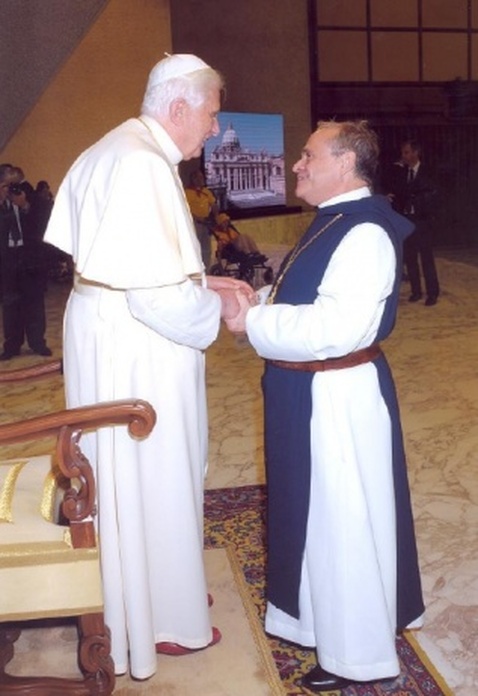 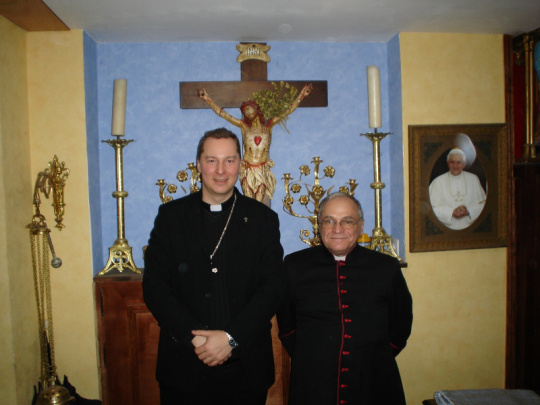 Here I am at a conference with Bishop Roux

Created with Mozello - the world's easiest to use website builder.
.